Bitrix exam: did it

I thought, that all my exams was gone along with the diploma defence. No such luck!

One day I received a task to get missing Bitrix certificates and to take one of the exams because we must become Gold partners. Well, if you must, you must. I've started preparing immediately.

It's worth mentioning, that I didn't need any certificates or exams to develop different projects on Bitrix successfully. But I did understand that some my knowledge needed to be refreshed, so it was well worth the effort to read these courses. And tests helped me to remind all that I've just read.

So, I took quite a lot of time to calm preparation and a mountain of links to pre-materials.

The process of obtaining certificates was already familiar and it was an easy job for me, what couldn't be said about the exam that was rather worrying. Description of the process of passing the exam didn't even smell the seriousness. It's not clear, who would check your test and how. And why was this test fee-based? I was pretty sure, that I would be retained, and my front office wouldn't amerce me, but still...

Before you start passing the test, some people strongly recommends you to familiarize yourself with the rules, examples of tickets and test environment. Well, ok.

I also had to add the midnight commander, no way round it. It was more-or-less familiar environment for me. And the biggest problem was a lack of the usual hot keys and snippets. Oh and unusually small size of the working area also brought some discomfort. I couldn't maximize the machine.

Time allowed, so I tried, to solve the test ticket for 4 hrs as it was said in recommendations. And I didn't stay within allotted time. Even though I didn't have any difficulties with the test job. I spent about 4.5 hrs for the first ticket. It was a poor result. I wanted to back out. But I couldn't.

After some time I took a second shot. Fortunately, I had two tickets. This time, I showed better results: 3 hrs. It gave me some hope that I sill had a chance to do all tasks in the allotted time. Finally, the preparatory phase was completed. There was nothing more to read and to do. It was time for the exam.

Saturday was a Big Day. I choose Saturday, cause it was the day-off and there was nobody in the office. Ideal conditions. I had to take over the colleague's desk to meet the test requirements (on a point of order your desk need to be empty). Otherwise, I would have had to remove very necessary work stuff from it (monitors, boxes, paper, mugs, spiders and other stuff).

It was needed a stable and fast Internet

I withdrew WI-FI in favor of oldy-moldy patchcord. It turned out that it was not very convenient to take the photo of the room which you were passing an exam in having the wire in the laptop. And to take a photo using the laptop is somehow... Wrong...

And so, after filling out forms and photographing documents the room and examinee, exam finally started. Nothing new: everything was as in a test environment. Even the same questions. The only bad thing was the absence of the second monitor: I spent some time on unnecessary movements.

Nevertheless, I spent less than 2 and a half hour on the test and still had a lot of time for checking and correcting errors. And while I was checking everything out and poked at links and buttons, I ran into the strange and unfamiliar bug which stopped the work of the website. The error was not in the code. I could correct it in this case. The error was unusual: it was something associated with memory. That's just where I became nervous. How was it possible? I did it, and it was just broke. And it wasn't me to blame. I was able to find the cause and fix it, but I was not allowed to use search engines. I had to use the educated guess and found out that it was enough to remove the kernel connection epilog_after.php to make the error disappear. That's what I did at the time of inspection. Then I switched everything on and passed a nonfunctional site. To be more exact, site was functional, but it's environment - not. Well, what? Configuring the environment goes beyond ticket jobs and requires additional time, which may be or may not.

After all these events we got back to the grind and forgot about the exam. Exactly until 7-8 days passed and the results came. Of course, the results were not ideal, but I was not waiting for it. In the comments, I was pointed out on some mistakes that I made mostly due to carelessness, but nevertheless, the result was satisfactory.

It turned out that I really can. 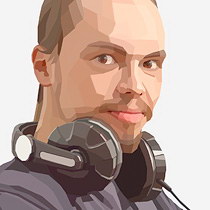